THE race to be named York’s best new building of last year will begin later this month with a challenge for city planners: let’s make York whole again.

The guest speaker at the launch of the 13th annual York Design Awards on January 30 will be top London-based architect Stephen Witherford. Mr Witherford, a partner in Stirling Prize-winning practice Witherford Watson Mann, has worked on projects including the Olympic Legacy masterplan and the Arts Council England offices in Manchester.

The theme of his keynote speech at the design awards launch will be ‘re-imagining the fragmented city’. It is a theme that is hugely relevant to York, which has a number of major development projects on the cards including the Castle Gateway project and York Central, said Rebecca Thompson, the new chair of the York Design Awards committee.

“The York Central development is now progressing and will see a fragmented space come together under a new design,” she said. “So we’re delighted to welcome Stephen Witherford as our keynote speaker, who I’m sure will inspire the city’s property professionals to continue to enhance the city’s residential and commercial buildings as well as public and open spaces.”

Each year, the York Design Awards seek to celebrate the very best in architecture and building design in York. Entries are invited across a wide range of categories, including large and small residential development, commercial and public buildings, restoration projects, and open spaces.

A panel of independent judges, all architects, spend two days in York visiting every entry, before choosing the winners.

There is also a separate Press People Award, voted for by readers of The Press, which goes to the building ordinary people most like. Previous York Design Award winners have included the Mansion House, the Theatre Royal and the Hiscox building on Stonebow.

Entries for this year’s awards will open at the launch event which begins at 6pm on Wednesday January 30. The closing date will be March 29. More than 150 professionals from the worlds of property, architecture and development are expected to attend the launch, but the event is also open to members of the public. 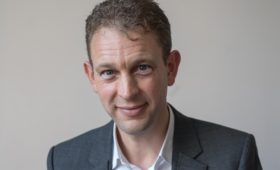