TABLE1: Proportion of homes let by a company landlord: 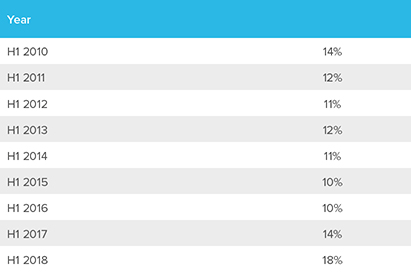 The numbers have been steadily rising since H1 2015 when the Chancellor announced changes to tax relief on rental properties in the 2015 Spring Budget. The changes meant that it became more tax efficient, in some cases, for landlords to own their buy-to-let portfolios through a company rather than hold as a personal asset.

Yorkshire and the Humber interestingly had the highest proportion of rented homes owned by a company landlord. One in four (25%) homes let in Yorkshire and the Humber in H1 2018 were owned by a company landlord, followed by one in five (20%) in the North West and 19% in London (table 2). Last year, London topped the list but has since fallen back.

TABLE2: Proportion of homes let by a company landlord by region: 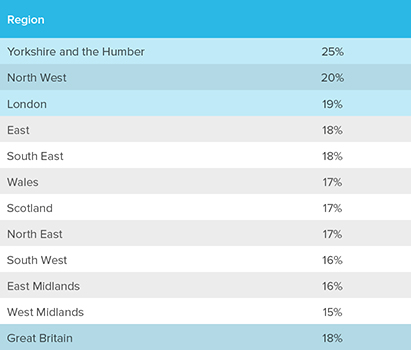 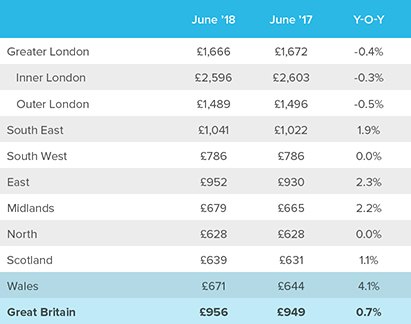 “The number of rented homes owned by company landlords continues to rise. Nearly one in five homes let so far this year were owned by a company landlord, almost double the proportion in 2015, before the tapering of mortgage interest tax relief changes were announced. Companies are generally taxed more favourably, so in many cases landlords can make cash savings by operating through a company rather than as an individual.

“Rental growth slowed in June, falling below 1% for the first time in seven months as the shortage in stock begins to level out. The lull in landlord purchasing activity following the stamp duty surcharge for second homes appears to have bottomed out as investors find new ways to make their returns.”

Plans for 550 new homes to be built, including affordable housing, in York

Dan Taylor addressed a City of York Council executive meeting before members agreed to 550 homes being built over the next five years, with the authority’s own housing department running the project instead of a specific housing development company.

He said: “The cries for more affordable housing in York are loud and numerous.

“We have seen in London private developers hold local authorities to ransom, as they wheedle their way out of their affordable housing obligation and reduce the amount they have to build as soon as the project has started.”

He said the council had the chance to be in control and must take it to ensure the housing balance which had been tipped towards the rich and student accommodation returned to a more equitable state.

Under the council’s plan, former school sites at Lowfields and Burnholme are in line for development, along with old schools and care homes and the disused Askham Bar Park & Ride car park.

Officers said that if the authority builds homes itself, it can build the two to three bed family homes York needs, and ensure 40 per cent are deemed ‘affordable’.