Home > News > Plans for 550 new homes to be built, including affordable housing, in York

Plans for 550 new homes to be built, including affordable housing, in York

Dan Taylor addressed a City of York Council executive meeting before members agreed to 550 homes being built over the next five years, with the authority’s own housing department running the project instead of a specific housing development company.

He said: “The cries for more affordable housing in York are loud and numerous.

“We have seen in London private developers hold local authorities to ransom, as they wheedle their way out of their affordable housing obligation and reduce the amount they have to build as soon as the project has started.”

He said the council had the chance to be in control and must take it to ensure the housing balance which had been tipped towards the rich and student accommodation returned to a more equitable state.

Under the council’s plan, former school sites at Lowfields and Burnholme are in line for development, along with old schools and care homes and the disused Askham Bar Park & Ride car park.

Officers said that if the authority builds homes itself, it can build the two to three bed family homes York needs, and ensure 40 per cent are deemed ‘affordable’. 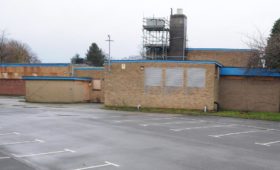