The Hamptons International Lettings Index reveals that the number of rental properties used as a second home has been steadily rising since 2007 when its records first began (table 1). 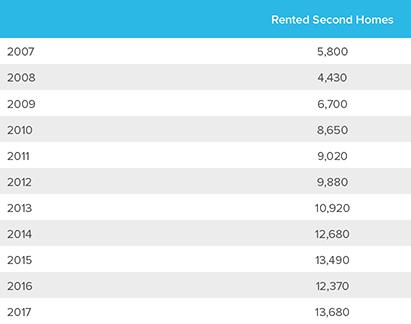 In London this rises to £2,030 pcm with many second home renters using their London rental property as a pied a terre. London has the third highest proportion of rented homes let as second homes, behind the South West in first place and Scotland in second. Six out of the top 10 second home rental hotspots are located in the South East or South West. (table 2). 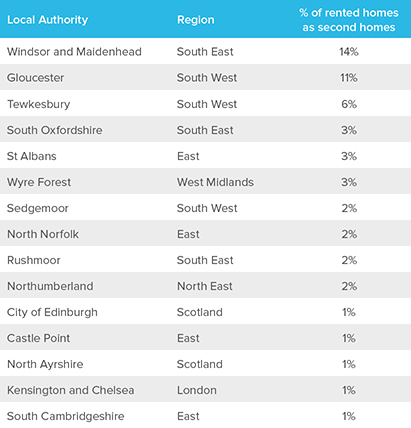 “The number of people renting second homes has reached a record high. The additional stamp duty surcharge on second home purchases introduced in April 2016, increased buyers’ upfront costs and resulted in more people deciding to rent a second home rather than buy.

“The places second home renters are choosing include a mix of town and country. Second home rental hotspots reflect today’s lifestyle choices from the pied a terre in towns and cities, close to work, schools and all the amenities that city life has to offer, to rural and coastal locations perfect for escaping the trappings of a busy urban life.

“Average rents rose in seven out of eight regions in May on the back of fewer homes being available to rent than last year. Rents in the North fell for the second consecutive month, meanwhile rental growth remained strong in Wales, the East & the Midlands.”