What’s On In York

York is the perfect destination for both the business and leisure guest.

The city is steeped in history and renowned for its stunning architecture, ancient streets and year round festivals.  With so much to see and do you’ll never be short of a new experience.

In times gone by the Romans called the city Eboracum. The Vikings knew it as Jorvik.  Historical influences can still be seen all over the city – from York Minster and its medieval architecture to the wonderful Victorian railway station.

The city of today is a fashionable destination that successfully combines its heritage and superb historic architecture with designer shops, excellent restaurants, bars and cafes, to attract visitors from all over the world.  Take a look at some of the recent awards for the city:

What's On In York

City Lets is regulated by the Property Ombudsman and is a member MyDeposits.co.uk 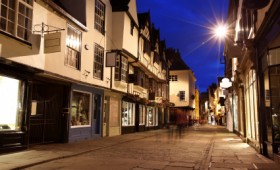